You will be informed about how to use a trailer brake controller since you are not an expert. Among all of the posts found on the internet, this is the most informative one because it provides all of the information needed and learns how to maximize its functionality.

You need to consider two things when it comes to towing a trailer. Towing is not that complex, and you can’t always have excessive brakes. If in case a trailer cannot be pulled over a hill since there is not enough power, it would be uncomfortable. If the brakes tend to fail while going downhill, that can turn into a disaster. In general, when the trailer is more than 3,000 pounds, it is highly advised that the trailer brakes are should be detached from the truck being used for towing. Trailer brakes have two kinds: electric and surge.

It is the surge brakes that work separately from the truck; this is when the forward motion due to deceleration is applied hydraulically to the brakes to make the truck slow down. The bigger the forward momentum of the trailer battling with the truck, the more pressure on the brakes is applied.

The electric brakes work together with the truck’s brakes. They are directly linked to the brake system of the truck through a brake controller, so that whenever a driver uses the brakes, they are used simultaneously. Certain trailer brake controllers that are electric can be moved manually, letting the brakes of the trailer be applied separately to the truck.

How to use a trailer brake controller

Almost all of the trailer brake controllers can be adjusted for sensitivity and they normally have a button that the driver can just press to activate the trailer brakes without accessing the brakes of tow vehicles.

The adjustment for sensitivity allows the brake controller to apply the brakes anytime it needs to slow the vehicle down. This keeps the trailer from acting on inertia and pushing the tow vehicle which can lead to a doubled-up position.

The output is the one that controls the electricity that goes to the brakes that show how hard it is to apply the brakes. A trailer that is heavily loaded would need additional braking compared to a light one. Excessive braking will cause the trailer brakes to lock before the vehicle brakes are entirely applied.

If the wind is making the trailer sway, you can control it again by gently applying the trailer brake controller without the use of the tow vehicle brakes. Only a small touch of the slider should be enough to control the trailer again.

As previously mentioned, if the trailer was made after 1990, installing the brake controller should only be as easy as finding the pigtail and plugging it to the controller. You would have to mount the controller within reach of the driver and that’s it. This kind of design is capable of knowing how much braking force is being applied by the driver in the tow vehicle, it is because of inertia that circuits can detect how fast the truck and trailer is coming to a stop. It will then use information to apply the brakes of the trailer to match how much force is needed, which means that the trailer will not become an anchor by securing its brakes under light deceleration but can still give the maximum braking action when sudden stop happens.

This type of controller is dependent on the driver that enters two crucial settings in the device: the trailer’s weight and the synchronization. When the brake is inside the truck’s cab, this type of controller gradually powers up how much brake is performed by the stoppers of the trailer over a certain period until the most power is reached. This period connects to the trailer’s weight and is adjustable through synchronization for extreme braking power. When it is all set, the time delay between braking and all braking is the same no matter how hard the pedal is being pushed by the driver.

Trailer owners are knowledgeable in using trailer brakes separately during bad weather and on winding roads, when the trailer needs to pass. In general, gooseneck trailers that have their tongue weight near the center of the pickup truck moves less but can attempt to jackknife on roads that are slippery. The trailer brakes will not work when the truck is jackknifing and all the driver could do is to watch the trailer swing around and destroy the driver’s side mirror. This is why it is important to have good trailer brakes.

Top ten most popular RV parks in the US!

A Quick Guide to Choosing the Best RV Macerator Pump

A Guide to Selecting the Best RV Chairs 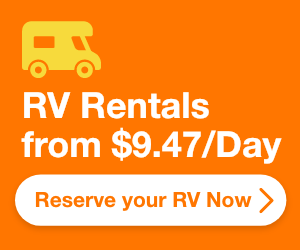 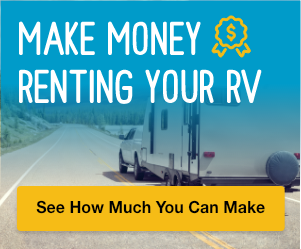 How To Select A Reliable Mechanic For Your Car Repairs
Best Trailer Brake Controllers Reviews
How Did Racing Start: Its History And Origin
How to Clean a Car Cover Effectively
Top 5 Best RV Awning Reviews (Updated May 2021)
Sponsored By